The Latin name for thyme is Thymus, which means courage և strength. Our ancestors smoked thyme in honor of their gods. Thus, our divine soap is dedicated to the ancient Armenian gods, the witnesses of our Aryan power և divine culture.

Thyme as an herb was famous in ancient Armenia. It’s the queen of the marvelous hills of the Armenian highland-thyme which fascinates us with its wonderful odor and magic qualities. That gorgeous plant that grew on the high Alpine hills of the Armenian highlands had a magic ability to endow one with vital power and courage. According to ancient people’s belief thyme possessed also enchanting power. It was considered the symbol of bravery. In order to get strong, the Roman soldiers bathed in thyme-water. In the Middle Ages, maidens embroidered thyme branches on knights’ garments as a symbol of courage and bravery AmirdovlatAmasiatsi indicated that the herb separately or mixed with oil, wine, honey or other substances rehabilitates the activity of organs. It is a diuretic, ﬁghts against jaundice/icterus/ yellow fever, and enhances brain and stomach. Taken with meals it relieves toothache, asthma, stimulates sight, cleans the respiratory tract of phlegm, regulates breathing, expulses worms. Wet compresses or bathe with thyme ease joint, muscle, and neural arches. They can also be used to cure skin diseases. According to Amasiatsi the green thyme that has a sharp scent is the best kind. It can be an effective cure for bee stings when smashed and applied to the affected area. It also strengthens hair roots.

Thyme is becoming an endangered herb in Armenia. It should never be picked with roots. Instead, the ﬂowering stems should be cut with scissors or a sharp knife!

There are no reviews yet.

Be the first to review “Old Armenian Gods” Cancel reply 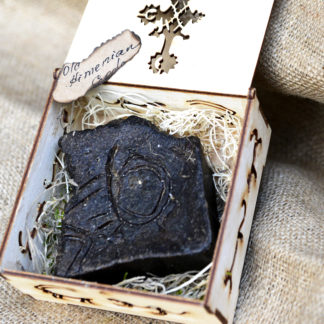